As NFT scams proliferate online, crypto sleuths are fighting back 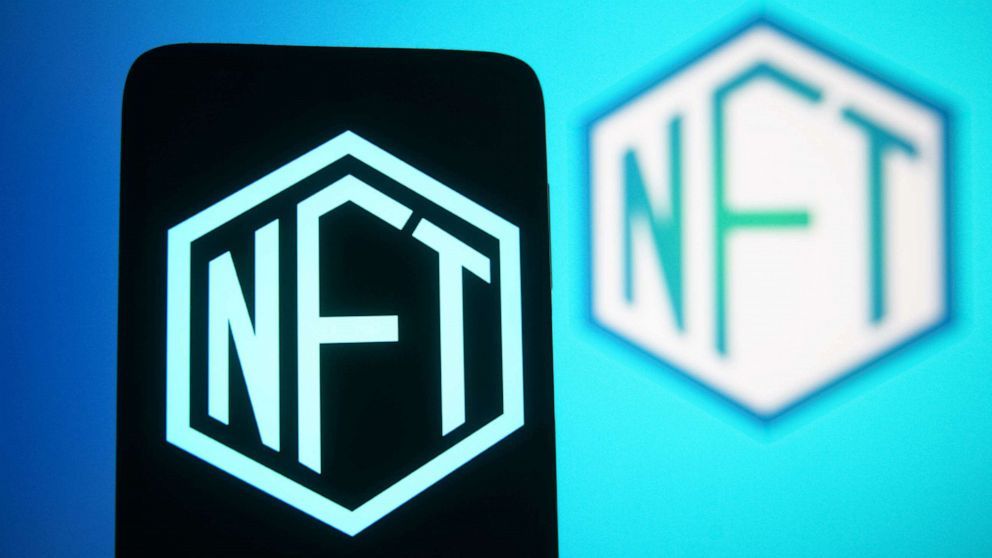 What is a non-fungible token (NFT)?

The collectible, digital assets are skyrocketing in popularity by providing a secure trading...Read MoreSOPA Images/LightRocket via Getty Images

Spend enough time online, and you're sure to run into scammers who try to steal your money by asking you to confirm your credit card information or sign up for fake PC protection plans. Now, online scams have reached the lucrative world of non-fungible tokens (NFTs) -- and a group of tech sleuths are fighting back.

Financial crime specialist and crypto expert Nik Horniacek fell for his first NFT scam in December. Excited about a popular NFT venture that was launching in February, he clicked on a social media link that he thought would lead him to the project site, but instead drained all his cryptocurrency.

Today, Horniacek is the cofounder of Rug Pull Finder, a private intelligence company that investigates NFT projects -- and to date has exposed nearly 200 scams totaling over $1.3 billion, according to the organization. Horniacek is one of many online crypto sleuths that track NFTs as celebrities, companies, political candidates and members of the public embrace the latest cryptocurrency phenomenon.

NFTs are digital assets that cannot be replicated and can be used to represent real-world items. Like collectible artwork and rare baseball cards, the value of an NFT derives from it being unique. The digital tokens are stored in a digital wallet through a decentralized public ledger known as a blockchain, and can be held as digital memorabilia, or sold and traded for investment purposes.

As the popularity of NFTs continues to soar, scams like the one Horniacek fell for and other types of illicit activity involving non-fungible tokens are only expected to rise, law enforcement officials and crypto experts told ABC News.

MORE: Not just for artwork, NFTs are being used by political candidates to raise money, attract young supporters

Investments in NFTs skyrocketed last year, with digital token marketplaces and collections growing from $106 million in 2020 to $44.2 billion in 2021, according to a report by analytics firm Chainanalysis.

But the Chainanalysis report also found that "as is the case with any technology, NFTs offer the potential for abuse." Among the types of illicit NFT activity the group identified were the use of money laundering to hide assets, and the use of "wash trading" to artificially increase NFTs' value.

According to the report, last year sellers made $8.9 million from the sale of NFTs "to unsuspecting buyers who believe the NFT they're purchasing has been growing in value."

As a result of illicit activity, federal agencies are expanding their crime fighting efforts into crypto crime and digital assets. In February, the U.S. Secret Service launched a cryptocurrency awareness hub and the Department of Justice announced the first director of its National Cryptocurrency Enforcement Team.

SOPA Images/LightRocket via Getty ImagesIn this photo illustration, a NFT (Non-fungible token) sign is seen on a smartphone and a...Read More

A DOJ official told ABC News that while scams and fraud have been around for many years, they have been "turbocharged" by the growth of cryptocurrency and the popularity of digital assets like NFTs.

In March, the DOJ brought its first NFT case when it charged two defendants with executing a million-dollar fraud scheme after they promised investors the benefits of an NFT collection called Frosties, then allegedly shut down the website and transferred away all the money they received from the sale of the tokens. According to the complaint, the defendants were preparing to launch a second set of NFTs that was anticipated to generate approximately $1.5 million in cryptocurrency proceeds.

An attorney for one of the defendants, Ethan Nguyen, told ABC News that Nguyen pleaded not guilty and has been released on bond. The attorney said that Nguyen "looks forward to addressing the charges responsibly in court."

The attorney for the other defendant, Andre Llacuna, did not respond to a request for comment from ABC News.

MORE: What are NFTs? Everything you need to know about non-fungible tokens

"The rise and popularity of various cryptocurrencies have changed the landscape of buying and selling investments, leading to ample opportunities for new fraud schemes," said U.S. Postal Inspection Service Inspector-in-Charge Daniel Brubaker in a press release about the case. "These assets may seem like a good deal or a way to become wealthy, but in many cases, as in this situation, only lead to the loss of your money."

Another reason that digital assets like NFTs make for dangerous scams is that there's no entity regulating transactions -- so funds can be instantly moved across borders, without any monitoring, a law enforcement official told ABC News.

Like Horniacek, crypto sleuth Zachxbt -- who prefers to go by his social media handle -- has turned exposing NFT scammers into a full-time job. With almost 200,000 followers on Twitter, Zachxbt says he's uncovered more than 100 NFT scams.

Zachxbt said that many NFT scams occur when the offering looks "too good to be true." Because digital tokens often come with real-life perks like exclusive access to events, people often fall prey to projects that promise those kind of special amenities, Zachxbt said.

MORE: Pizza, mutant apes and a sea of NFTs: Web3 is here

"I hate seeing all those people lose their money, and others get rich by harming others," Zachxbt told ABC News. "The space is really intimidating and there's so much to learn. But it's also amazing."

Horniacek told ABC News that he wants to help create a positive environment where digital tokens can grow and evolve.

"I asked myself, how can I positively impact the space so that we can continue to move the space forward for the benefit of everybody?" said Horniacek.

"The technology is truly revolutionary," he said. "I think we're going to see a lot more innovation over the course of the next 12 to 24 months, and that is my biggest motivation."